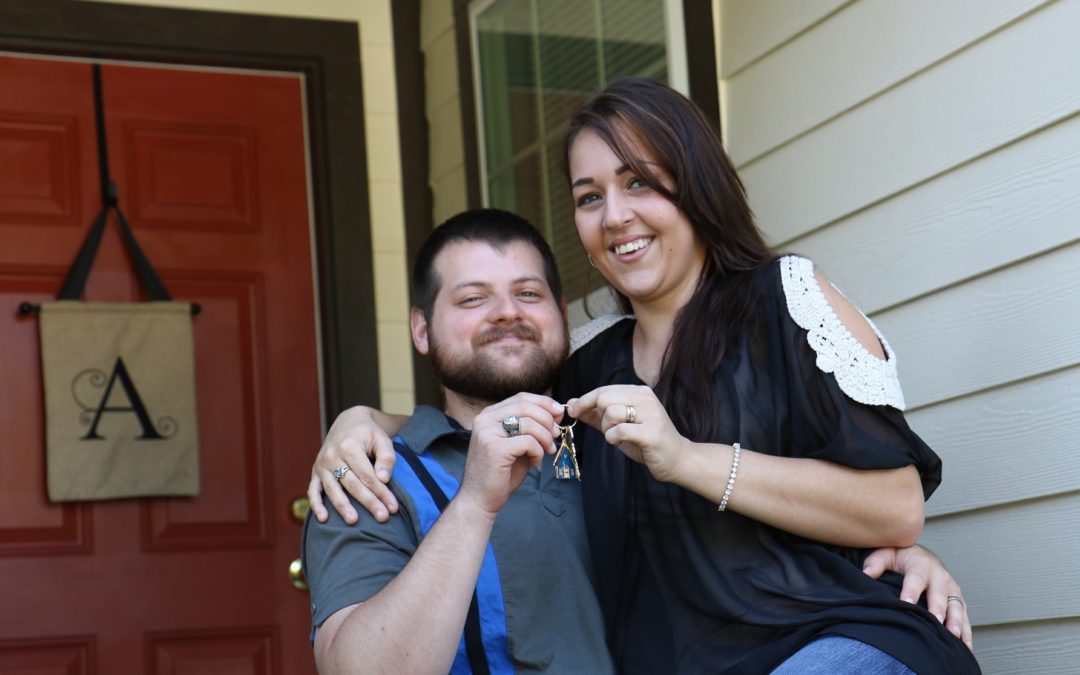 Imagine soaring more than 40,000 feet above sea level at over 1,000 mph … protecting, serving and honoring your country. Although the classic movie Top Gun is a favorite for Brian and Victoria, becoming a fighter pilot was a real goal for Brian, a former U.S. Marine. However, after a motorcycle accident left him paralyzed, his aspirations became a distant dream.

Brian was faced with not only adapting to life as a civilian, but life with a disability. In addition, the couple’s living conditions were not ADA compliant, which made it difficult for Brian to maneuver around in his wheelchair. Setback after setback left Brian and Victoria discouraged. But when Brian’s mother suggested looking into Habitat for Humanity of Greater Orlando, a turning point in their lives seemed possible.

To start the journey toward homeownership, Brian and Victoria had to complete 500 sweat equity hours and 20 required homeownership courses. Despite Victoria and Brian both being enrolled in school, Victoria working full time, they remained diligent until they could purchase and receive the keys to their first home.

Because of a home in their lives, Brian and Victoria can focus on improving other areas in their lives. In fact, Victoria is now a crime scene technician and Brian is finishing classes to earn a degree in mechanical and aerospace engineering. He may not be the one flying in the sky, but he looks forward to constructing the aircrafts to help future fighter pilots complete their missions.