Working together to build an affordable family home: Alethia’s story 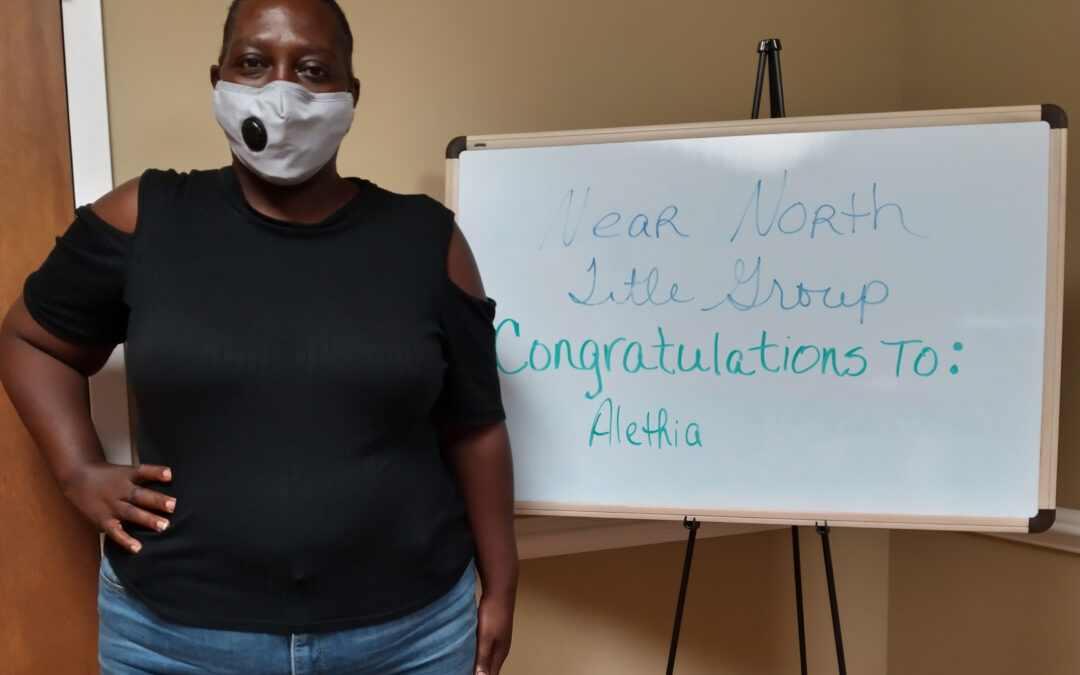 Editor’s note: Alethia closed on her home in July 2020. Congratulations to Alethia and her family! Thank you to our amazing supporters who helped give Alethia a hand up to homeownership.

Alethia and her family can’t help but regularly drive by the site of their future affordable family home in Orlando’s Holden Heights neighborhood. The family, made up of Alethia’s five children and one granddaughter, talks every day about the house that Habitat for Humanity Greater Orlando & Osceola County is working with them to build.

The house has become a focal point for them. Their acceptance into Habitat Orlando & Osceola’s program couldn’t have come at a better time.

“This has truly been a long time in the making for me,” Alethia said of homeownership. “At the lowest point in my life, Habitat was my ray of sunshine.”

Alethia ended an abusive relationship before being accepted into the program. After she and her family were forced to leave their former home, they lived in a hotel for seven months. They now have alternate housing, but it’s small for a family of their size.

Gabrielle, her 12-year-old daughter, has a form of dwarfism but “doesn’t let it hold her back,” Alethia said. That independence is shown in her wish list for her new room. Gabrielle simply wants a small enough closet to put her clothes away herself – and a lowered light switch.

“Sometimes she’ll do things that I didn’t know she could,” Alethia said.

Tomboy 11-year-old Camille is an animal activist who thrives outdoors, while 9-year-old A’Nylah is the brains of the group and enjoys cooking. They will share a room – and want to decorate it with dinosaurs and princesses.

Alethia’s children have already designed their new six-bedroom home, including the flooring and exterior colors. The only room Alethia gets to design is the kitchen, she admitted with a laugh.

Ta’shiauna helped watch the younger children while Alethia took homeownership classes and worked with Darius on the build site. Darius has become a man, Alethia said, as he worked to complete their sweat equity with her at Habitat Orlando & Osceola’s build sites.

Alethia said she has learned a lot in the process – from household repairs to prevalent homeowner scams.

All the information is important for this first-time homeowner. Alethia didn’t grow up in a stable home environment, but she wants something different for her own family. Homeownership is a dream not only for herself but for her children as well.

Homeownership raises the bar, Alethia said. Knowing her children watched her work hard for this dream, Alethia hopes they do the same with their own dreams.

“They just have to know that hard work and determination will get it,” Alethia said.

Owning her own home will give her children stability. It’s a place they can return to – and a place Alethia can leave to them.

Alethia is most looking forward to holidays in their new home.

“I want that to be my house – the Publix commercial with everyone sitting around the table,” Alethia described. “I just want love to be generated in my house for my kids and my grandkids.”

You can help more local families experience the peace and freedom of owning an affordable home. When you donate to Habitat Orlando & Osceola, every dollar helps us build homes and work toward a world where everyone has a safe and affordable place to live. You can make bring hope home through homeownership; please give today.