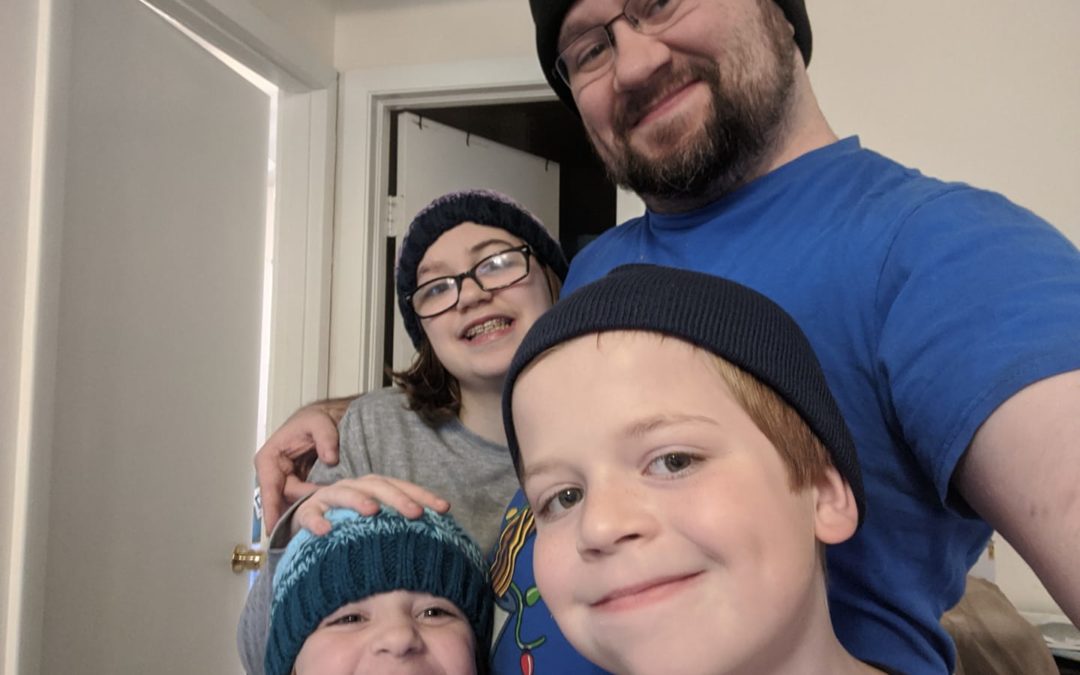 Editors note: Justin purchased his home February 2021! Congratulations to Justin and his family! Thank you to all of our supporters for helping local people like Justin know the security and stability of owning a home. 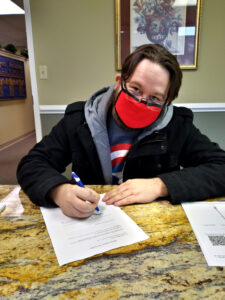 “Home” means serenity to future homeowner Justin. Home is a respite from work and stress. It’s where he should comfortably enjoy being with friends or family – including his three children.

It’s difficult for Justin and his family to feel these benefits in their current two-bedroom rental home. A lack of space makes the house “utilitarian,” the single dad described. The dining room is a makeshift bedroom for his youngest children.

With the end of his lease nearing, Justin looked for alternative rentals but couldn’t find a larger home within his budget.

A friend suggested that he look into Habitat for Humanity Greater Orlando & Osceola County’s homeownership program. After learning more about Habitat’s requirements, Justin decided to apply despite not being confident in his chances.

When he was accepted into the program in March, he could hardly believe it.

“This might have been the shot in the arm that I needed to feel like my life was turning around,” Justin said. “I’ve been down on myself since my divorce. I’ve been putting a brave face for my three kids, but I feel like nothing has been going right.

“It seemed like karma was turning around and allowing me to have a brief glimpse of happiness.”

He looks forward to giving his children room to grow – and more of an opportunity for privacy than at their current house.

“They are my entire world,” Justin said. Each of his children have a unique personality.

There’s 13-year-old Mackenzie, who Justin calls his best friend. She’s recreating the floorplan of their future Habitat home in the Sims 4 video game.

Justin describes his 10-year-old Jacob as brilliant, compassionate and genuine with a laugh that’s “one of the greatest sounds in the world.”

His youngest daughter, 7-year-old fashionista Charlotte, has never had her own bedroom. During her weekends with him, Charlotte tells Justin how excited she is for her new home.

Justin never thought he’d ever be a homeowner, but the idea has grown on him.

“I can see the value in it now not only as an investment but as a safe haven that’s legitimately mine,” Justin said.

He hopes homeownership will give him the financial flexibility to get out of debt. From there, he is considering leaving his current career to start a small business – ideally his own comic book and board game store.

“This gives me the opportunity to start,” Justin said. “Every great journey begins with a single step.”

You can help more local families experience the peace and freedom of owning an affordable home. When you donate to Habitat Orlando & Osceola, every dollar helps us build homes and work toward a world where everyone has a safe and affordable place to live. You can help bring hope home through homeownership; please give today.