Fatima’s story: Chef’s Habitat home will be haven for good food and love 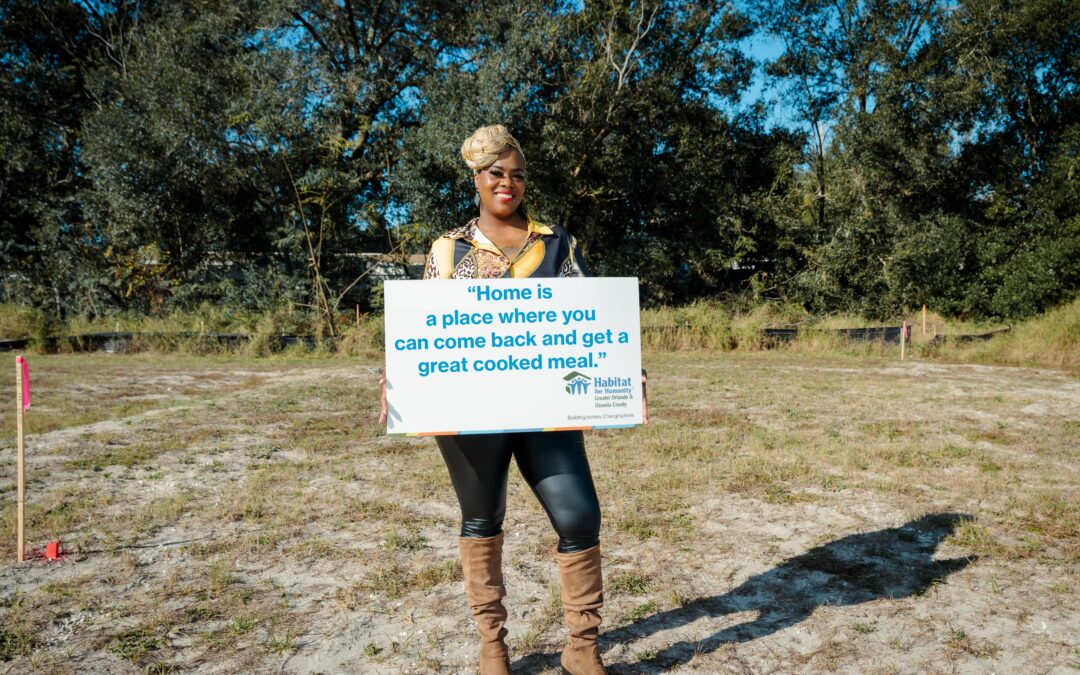 When Fatima imagines her future Habitat home, her thoughts always turn to the kitchen.

As a chef who cooks and bakes for the residents of an Orlando retirement home, Fatima envisions so many possibilities in her own new kitchen – preparing healthy meals for her two boys, ages 6 and 14, testing recipes for her future catering/food truck business, and assembling hundreds of plates to deliver to homeless people.

Park Square Homes and their subcontractors and vendors will donate all the labor and materials to build Fatima’s house in just five days during Park Square Blitz 2023, Feb. 13-17. It will be the fourth and final Blitz Build in Habitat for Humanity Greater Orlando & Osceola County’s Silver Pines Pointe community. The 58-home affordable housing development in Pine Hills is slated to be finished later this year.

Remarkably, this will be the ninth home that Park Square Homes has built for hardworking families in Central Florida through their partnership with Habitat Orlando & Osceola.

Fatima feels blessed to have the local family-owned builder construct her family’s home. “It’s unbelievable,” she said. “My kids and I thank them from the bottom of our hearts.” 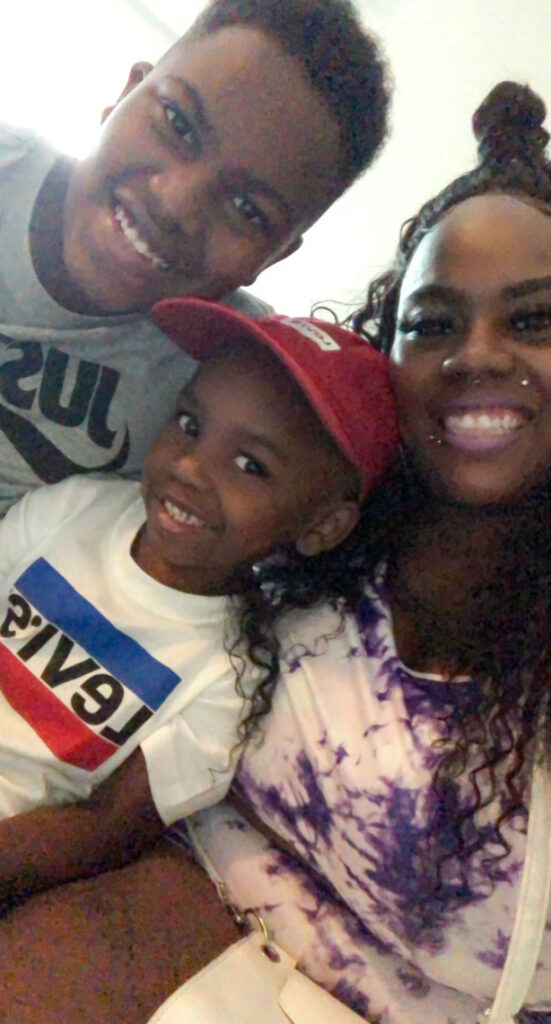 Fatima and her two sons, 14 and 6. Courtesy Fatima.

Her journey to homeownership

Fatima is someone who does not give up once she sets her mind on something.

Over the years, renting became increasingly difficult for the single mother. “It was a struggle to find a place, and with my income, it was a struggle to keep a place,” she said.
She decided to pursue homeownership so she can have a predictable mortgage payment and start building equity for herself and her children.

“I finally got through,” she said. “Without Habitat, I wouldn’t be able to afford a home.”

She started fulfilling her homeownership education classes and volunteer hours. But a few months later, Fatima faced another hurdle. In late September 2022, Hurricane Ian barreled through Orange County, causing unprecedented flooding and over $200 million worth of damage. Her apartment flooded, leaving the family homeless. All their belongings, save for some clothes, were lost.

“I was going to sleep in my car because I didn’t want to bother anybody. I called shelters.”

Fortunately, a generous friend took her in. But she’s been separated from her kids, who went to stay with their dad. She applied for FEMA assistance, and as of December, was still waiting for her application to be processed.

“I want to show them that everything is possible,” she said.

Knowing that God has a plan and that she’s only a few months away from closing on her Habitat home has helped her stay positive while she and her children can’t be together.

“Knowing that I have Habitat, I can breathe. I can relax. Without Habitat, me and my kids would probably be without a home,” she said.

Ask her about her kids and she starts beaming. Fatima’s 14-year-old son is a straight-A student in a magnet program and her 6-year-old thinks he has superpowers.

She is working hard to set a good example for them. She set the education bar high when she went from working at McDonald’s to earning a culinary arts degree. A few times a year, she also gives back by gathering donations and preparing hundreds of meals to hand deliver to homeless people. She said she wants to do it again soon – even while she is currently homeless herself.

Next, she’ll be able to teach her boys about the importance of building credit and preparing for homeownership. 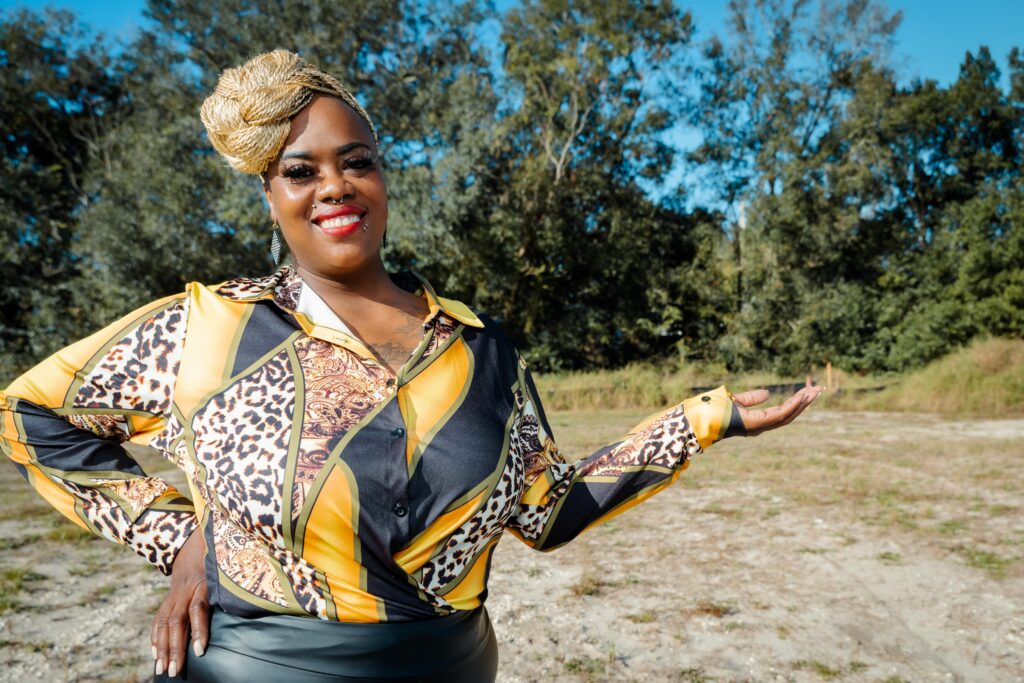 Fatima stands at the site of her future home. Photo by Jacques Durand.

Filling her heart back up

Fatima can’t wait to watch her home rise from a concrete pad over five days in February. She’s scheduled to close on the home in April.

The first family meal she’s planning to cook in her new kitchen?

“Probably chicken nuggets or spaghetti,” she said with a laugh. “My kids are so picky.”

But she plans to make something a little fancier to share with her new Habitat neighbors. Maybe a red velvet cake, her favorite.
Home means a lot of things to Fatima: family, unity, love, blessing.

“Home is where the heart is,” she said. “A place where you can come back and get a great cooked meal.