Owning a home will bring freedom, security for Minunga 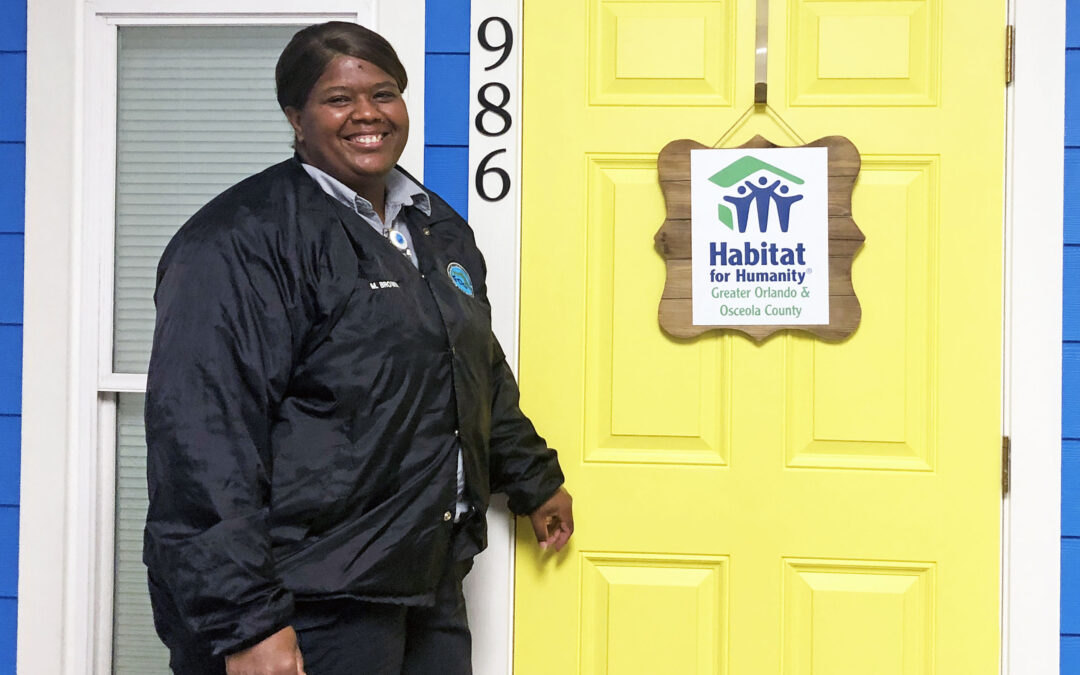 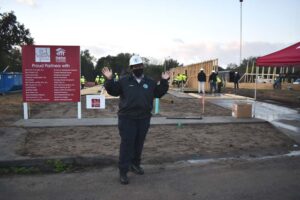 Minunga in front of her future home on Feb. 1.

For future homeowner Minunga, owning her own home is the next step to freedom for herself.

Despite her job with the State of Florida, Minunga needed to move back home with her mother about two years ago. She found that she couldn’t afford the rentals currently on the market.

After years of searching for her own home, however, Minunga will find herself in her own Habitat for Humanity Greater Orlando & Osceola County home later this year.

Her home will be built in just five days this February, thanks to the generosity of Central Florida homebuilder Park Square Homes and its subcontractors for Habitat Orlando & Osceola’s annual Builders Blitz event.

“You are building a home from the ground up. That is a blessing,” Minunga said. “That is heaven sent because right now you can’t find anything similar.”

Since the early 2000s, Minunga has been searching for and applying to buy a home for herself. It’s been a lesson in perseverance.

She rented her living spaces until about two years ago, when rental prices “skyrocketed,” as she described. While Minunga appreciates the ability to move in with her mother, she misses having her a place to call her own.

“I always wanted to be a homeowner,” Minunga said. “You want that feeling of ‘this is mine.’”

After learning about Habitat Orlando & Osceola’s homeownership program from a coworker some time ago, Minunga looked into the program but found she didn’t meet the income requirements.

Those requirements ensure homeowners can afford their future mortgages – and that Habitat’s program is benefiting those priced out of the current housing market in Central Florida.

A recent drive by Habitat’s office made her take another look into the program. She applied last fall and was approved in December.

Minunga started working on her homeownership requirements almost immediately – namely attending her Habitat U classes and completing her 75 hours of sweat equity. Habitat U topics cover everything from credit to home maintenance.

“They made me feel more prepared for homeownership,” Minunga said.

Minunga looks forward to finally achieving this longtime dream for herself. She also can’t wait to enjoy the freedom to live in her own space and enjoy the security that comes with it.

“Homeownership for me, means peace and stability,” Minunga said. “Just peace of mind.”

You can help more local families experience the peace and freedom of owning an affordable home. When you donate to Habitat Orlando & Osceola, every dollar helps us build homes and work toward a world where everyone has a safe and affordable place to live. You can impact lives through homeownership; please give today.