For Donya, her home will be peace, joy & a bright future for her family 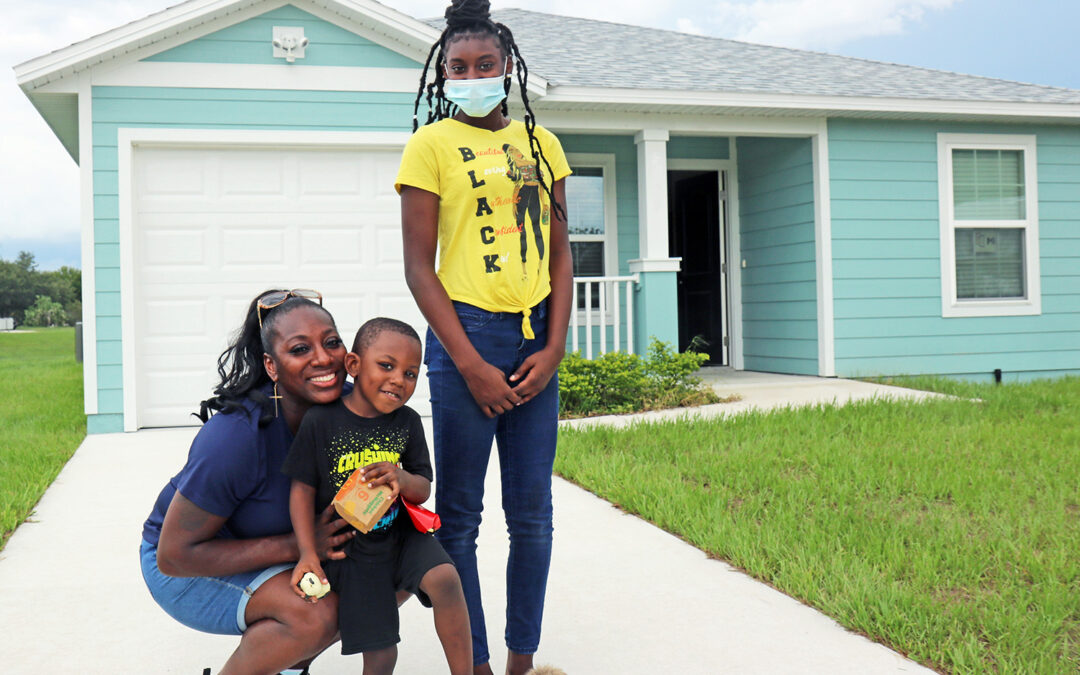 Donya was all smiles touring her future home for the first time with two of her children.

“Do you want to pick your rooms?” she asked her 13-year-old daughter and 3-year-old son.

Her daughter considered her choices, inspecting the views from two of the bedrooms’ windows. Less interested, her toddler clutched his lunch and raced through the hallway of the newly constructed house in Habitat for Humanity Greater Orlando & Osceola County’s Silver Pines Pointe community.

Donya, a single mother and United States Postal Service employee, currently lives in a cramped two-bedroom apartment. Her daughter has the second room, her toddler sleeps with her, and her 18-year-old son sleeps on the couch. She can’t wait for each of them to have their own rooms to make their own and thrive in.

“I knew I had to do something to get us out of that living arrangement,” Donya said. “They were not comfortable.”

It wasn’t an easy process. The first two times she applied for Habitat Orlando & Osceola’s homeownership program, she was denied. The third time was the charm, and unbeknownst to her, her credit score had improved.

“The timing was perfect, and I was like, ‘this cannot be a coincidence,'” she said. Even better, her children can stay in the same schools because Silver Pines Pointe isn’t far from her apartment in Orlando.

Her motivation: her children 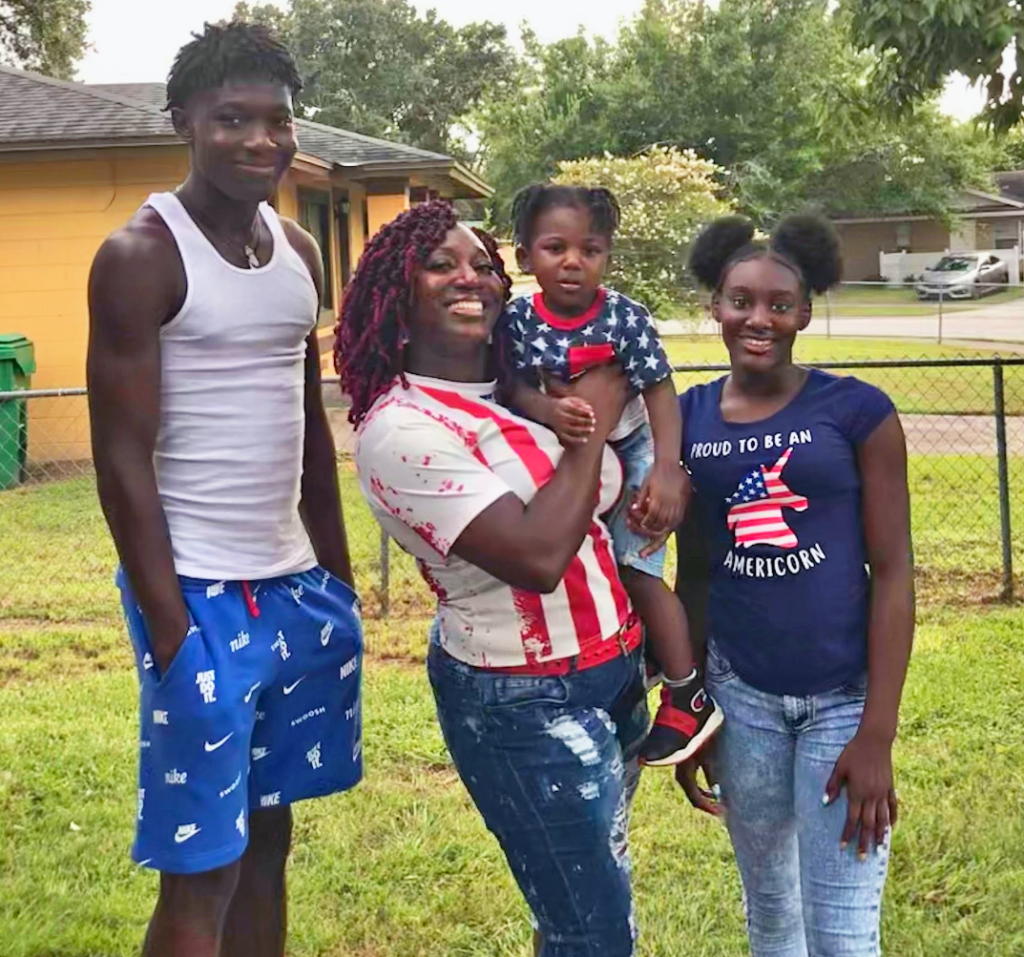 Donya said her children were her biggest motivation to pursue homeownership.

Her eldest son graduates high school in December, loves to play basketball, and is considering joining the military.

Her daughter will attend Evans High School after she finishes middle school next year. She has an entrepreneurial spirit.

“She’s practicing making her own lip glosses and doing her own hair,”she said.

Donya’s toddler isn’t in school just yet, but he already knows how to count to 20. “He is such a joy – I think he’s been here before – he’s an old soul and is so smart.”

Donya tells her children, “Don’t be like me – be better than me.” She hopes that having an affordable, safe and stable home will be a launchpad to their future successes.

“I think it’s going to affect them in a very positive way. They’ve seen the struggles I’ve been through. They’ll know their mom did it and know they can do it,” she said. 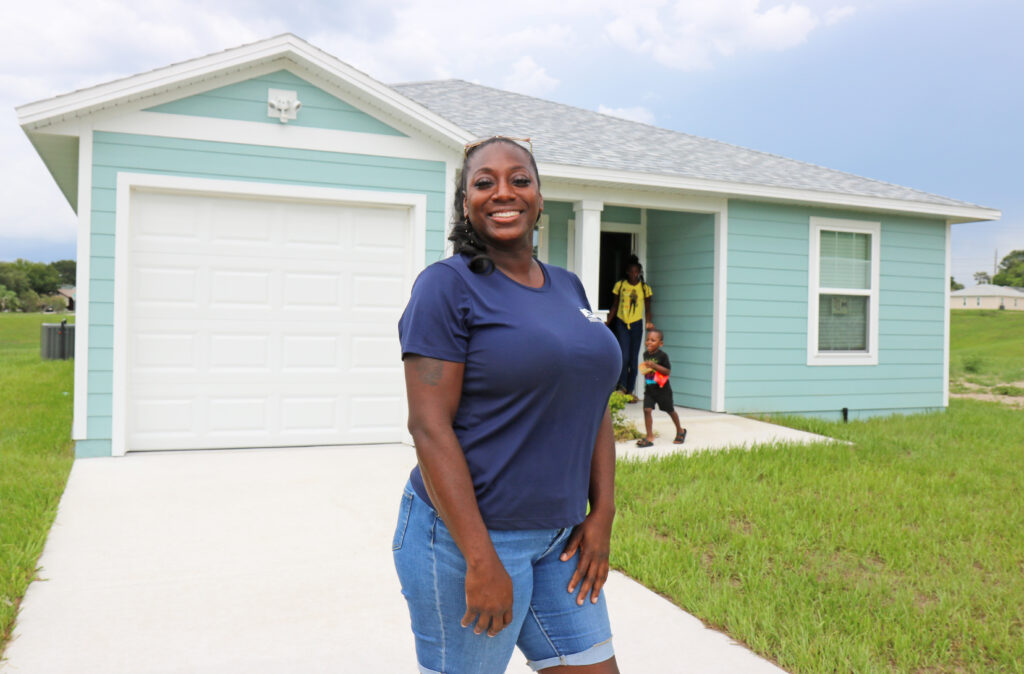 Donya in front of her future home in Silver Pines Pointe, Orlando

Back in her future home, Donya moved back down the hallway to inspect the kitchen, which comes furnished with a shiny new range and dishwasher. She noticed a floor-to-ceiling cabinet against the far wall.

“This is what I’m most excited about,” Donya said, pulling open the doors to a spacious pantry, which she can stock with nutritious meals and snacks for her family.

Her home, she said, will be her sanctuary.

“When all hell is breaking loose, you should be able to walk into your home and just breathe. You should always have peace and joy in your home,” she said.

Donya is scheduled to close at the end of October. In the meantime, when life feels stressful, she can drive by and imagine the possibilities.

“When I get off work, sometimes I go and just sit there and look at it,” she said.

In November, the Orlando Magic will honor Donya and her family with a special key ceremony. This is the 13th consecutive season that the Magic has partnered with Habitat Orlando & Osceola to construct a home.

When Donya was selected to be the 2021 Orlando Magic homeowner, she was shocked and so thankful.

“That made me feel so special and just more assurance that I was doing something great for my family,” she said.