The freedom of owning an affordable home: Princess’s Story 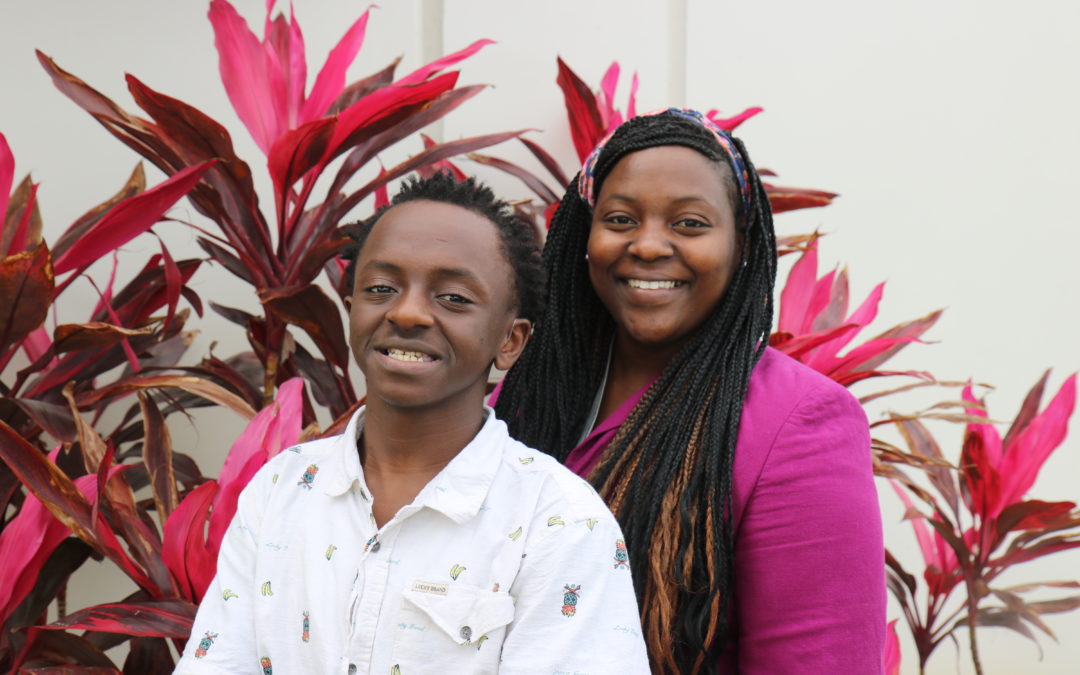 When Habitat for Humanity Greater Orlando & Osceola County homeowner Princess walks through her front door, she can close her eyes and visualize how her affordable home came to be.

She remembers when her home, a remodel project through the Orange County Neighborhood Stabilization program, was just a gravel construction site. She can recall the process of chiseling away old concrete to make way for new floors for her future home.

“It’s a sense of freedom,” said Princess, four years after closing on her house with Habitat Orlando & Osceola. “Knowing that this is my space, and just having that connection of knowing that the hard work you put in—I can’t describe the feeling. It’s unbelievable.”

Inspired and supported by family

Princess was motivated to apply for homeownership because of her grandmother, who rented a home for 27 years that she hoped to live in forever, until she was forced to move out because it was foreclosed on. “She was devastated,” said Princess. “She told me, ‘Make sure you get a home you own.’”

Although her grandmother passed away before Princess closed on her home, she motivated Princess through the homeownership process, caring for her son Javarius so that Princess could attend orientation.

Princess was approved the first time she applied for homeownership through Habitat Orlando & Osceola, but she had work to do. The program helped her learn about her finances and about the need to build credit, along with classes about homeownership readiness.

“They prepare you for some of the things you may experience that you may not have known before,” she said. “Lots of people don’t know the hard work you put into it. It makes you appreciate your house that much more.”

Before and after owning an affordable home

In the apartment where Princess lived prior to applying for homeownership, Javarius, now 15, didn’t have much space of his own to play or bring friends home. Because of a conflict with one of their neighbors, Princess didn’t feel safe with Javarius playing outside or making any noise in the apartment.

Now, he has a backyard to play in, a bigger room of his own, and space for friends to stay over. “I feel more free,” Javarius said. “He can jump around, play around and play his music as loud as he wants,” added Princess. “He can just be a kid.”

Princess feels more free as well. She can host family functions in her home—and family time is incredibly important to her. She fondly remembers her house-warming party four years ago. “It was a warm and happy feeling. Everybody was so proud,” she said.

Owning an affordable home also means that Princess can put more in savings now, in part thanks to her classes through Habitat Orlando & Osceola. “I don’t feel like my money is just going toward something that will never be mine,” she said. She is proud to be able to leave her home to Javarius one day.

While working toward homeownership, Princess completed her bachelor’s degree in Career & Technical Education. She now works with Orange County Public Schools, serving students from the neighborhood where she grew up. She says that she understands some of the challenges her pupils face. Princess uses her role to create positive change for those students by being, “more than just a teacher or tutor,” she says.

For Princess, home means relaxation – the place where she can do anything she wants. She smiled to recall that her aunts have commented that she used to be at their house more often. But these days, most evenings, she thinks to herself, “’I think I’ll just stay home.’ It’s a peaceful feeling.”

You can help more local families experience the peace and freedom of owning an affordable home. When you donate to Habitat Orlando & Osceola, every dollar helps us build homes and work toward a world where everyone has a safe and affordable place to live. You can make impact lives through homeownership; please give today.