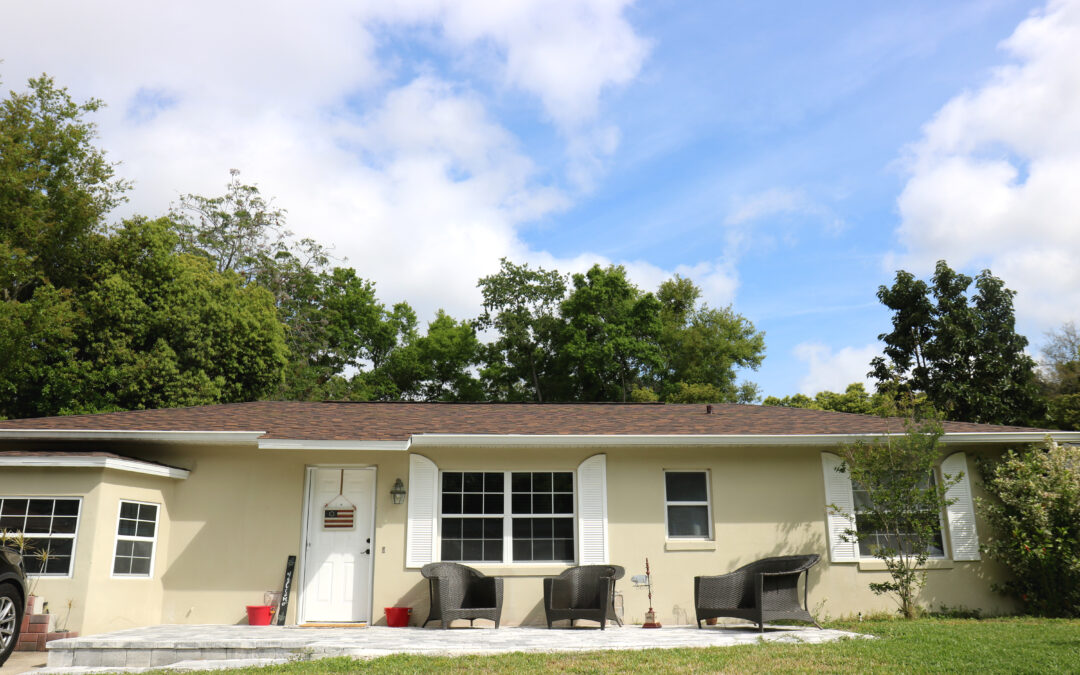 After a frustrating year of dealing with unemployment, it was the good news she needed.

“It’s very much a relief,” Samantha said. “It’s something I don’t have to worry about for many, many, many years to come.”

The re-roofing program, which is funded by Orange County Government and the City of Orlando, helps local homeowners get critical roof repairs and replacements. For most of these homeowners, this program is one of their only options to having a safe, stable roof over their heads. 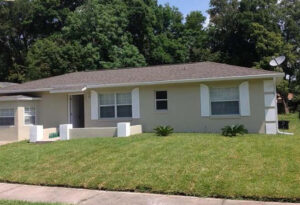 An older photo of Samantha’s home.

Samantha and her 15-year-old son, Devon, have lived in their home since 2014.

A recent hurricane downed many trees in Samantha’s backyard and area  – and damaged her roof. Soon after, a leak appeared in her son’s room.

“I knew it wasn’t going to be easy going through insurance,” Samantha roof said.

Her insurance claim was denied. Afraid of possible retaliation from her insurance company, Samantha decided to forgo taking stronger action to get her claim filled.

“It wasn’t easy to get insurance on my home,” Samantha said. “If we push through and get the claim finalized, what’s to keep them from dropping me?”

Samantha watched as the discoloration on her son’s ceiling darkened and grew, but she focused on her busy life with work and her son. She hoped that if the leak became bad enough, her insurance would have to act.

As Samantha navigated financial hardships over the last year, she found Habitat Orlando & Osceola’s roof repair program. She applied and was accepted about a month later.

Recently, construction was completed on the new roof. Devon said that the roof made the house look new.

Seeking out help doesn’t come easily to Samantha, but she’s glad in this case that she did.

Full-time employment doesn’t necessarily mean homeowners have the resources to get a new roof, Samantha said. Living in Orlando isn’t cheap. Pair the stress of the area’s high cost of living with unemployment, and the difficulties only increase.

“Don’t feel scared to reach out if you need assistance,” Samantha advised other Orange County or City of Orlando residents struggling to get a roof repaired. “There are always people who are going to be worse off than you, but it doesn’t mean that you aren’t deserving – and when you have a lot, give back.”

Interested in our roof repair program? Learn more about our program’s requirements by visiting this page.