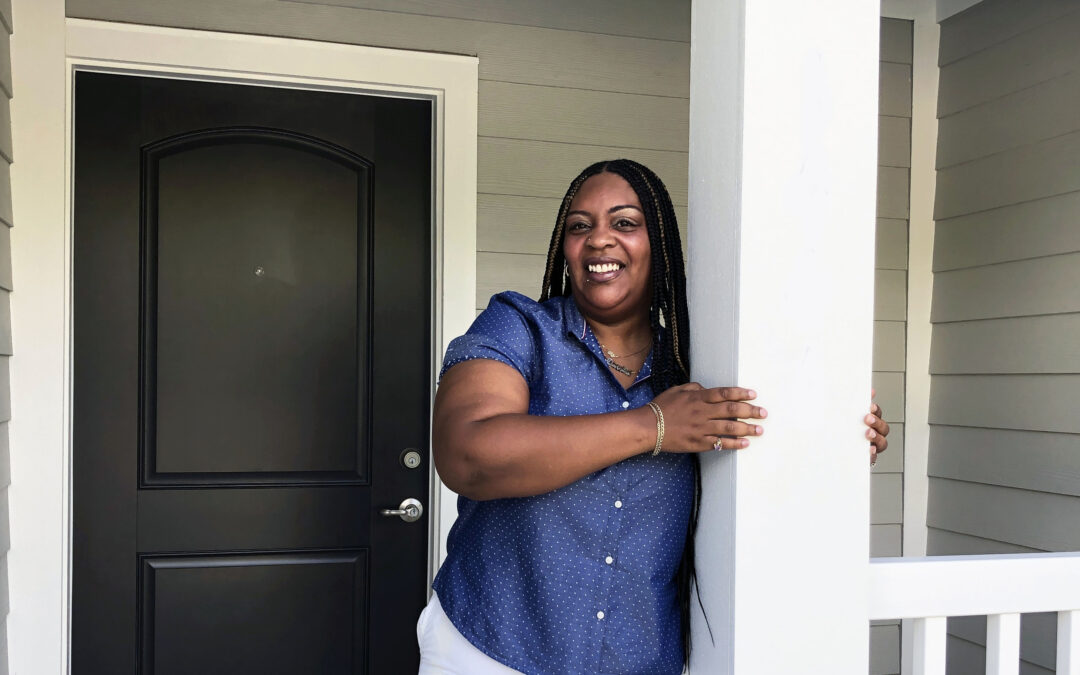 Teneshia decided she was going to become a homeowner more than a decade ago. She never gave up, despite numerous setbacks, including getting laid off just weeks before she was scheduled to close on a Habitat home.

In June, she will close on a brand-new, energy-efficient home with an affordable mortgage in Habitat for Humanity Greater Orlando & Osceola County’s Silver Pines Pointe community in Orlando.

“This home represents a legacy for my family, persistence, dedication, and dreams fulfilled,” she said. “This home will change my life because I will finally have a place to call my own.” 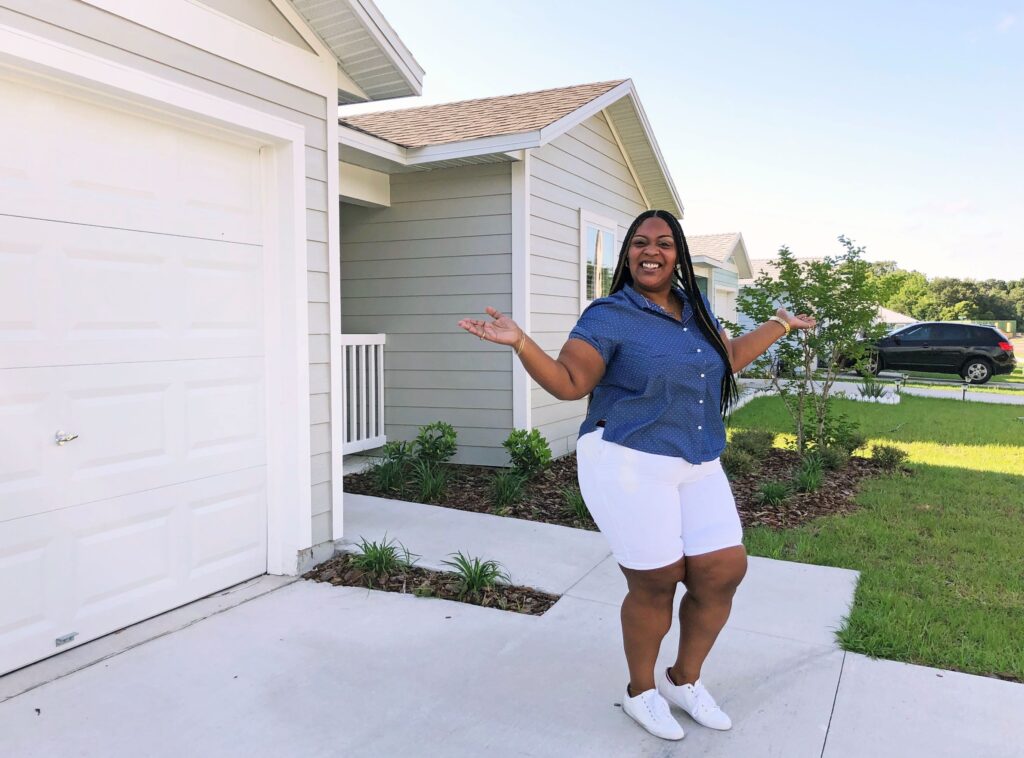 When you ask Teneshia what she finds frustrating about her current living situation, she has a one-word answer: “Everything.”
Since she was 16 years old, Teneshia has lived with her mother in a subsidized low-income apartment in Orlando.

“I live in an apartment complex in the hood,” she said. “Well, it’s hood adjacent,” referring to an unsafe area with high crime rates.

She left for a few years to attend college but after graduating with a bachelor’s degree in business, she moved back in. Uninterested in sinking her money into ever-increasing rents, she vowed she would stay in her mother’s apartment only until she could purchase her own house.

“I didn’t want to move anywhere until I was able to pay for my own space and my own mortgage,” she said, also expressing gratitude for her mom.

Over the last few years, even though she had a college degree and good jobs in banking, the single 30-year-old had trouble qualifying to purchase a home on the open market.

Refusing to give up, Teneshia remembered that a coworker had become a Habitat for Humanity homeowner a few years earlier. She recalled being intrigued as the coworker explained the program and the sweat equity hours – volunteer hours that future homeowners put in with Habitat as part of their partnership and investment in the mission.

“I thought it was cool that you can pay it forward,” she said. “My grandmother and mother instilled in me a sense of community and giving back.”

A couple of years later, her paths crossed with this coworker who asked Teneshia if she had ever looked into Habitat. That’s when Teneshia decided to apply – but it would take her four tries to get her home.

The first time she applied, her income was too high. The second time, she was approved but lost the house after she was unexpectedly laid off and her credit score took a plunge.

She did not lose hope. She worked with one of our homeownership mentors to rebuild her credit. She also found a new job as an account specialist with a large bank. The third time she applied, she was denied because of a minor issue.

The fourth time was the charm: She qualified for a home in Silver Pines Pointe in Orlando complete with an ensuite bathroom and garage, all items she was not offered when she was previously approved. 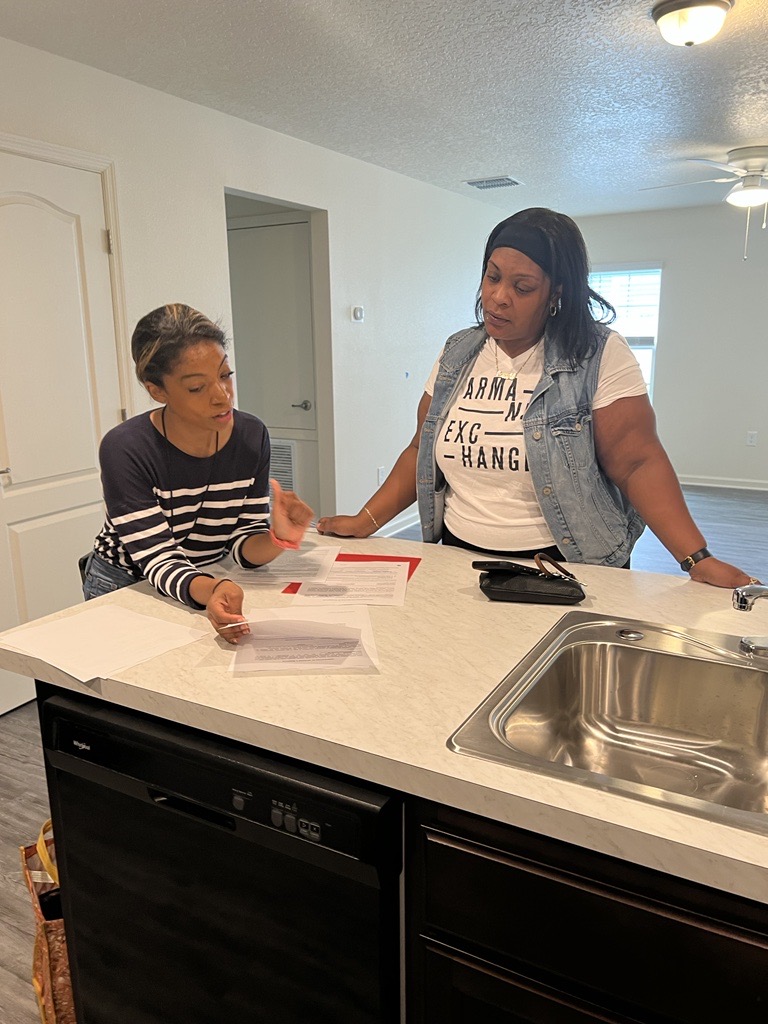 “This time I qualified for everything I wanted,” she said, citing her faith in God.

Teneshia is scheduled to close on her dream home in June. It was built in five days by Park Square Homes during Builders Blitz in February 2022. She says her builder, which donated the labor and materials to build her future home, along with their subcontractors and vendors, is a blessing.

“I hope they know the work they are doing is changing people’s lives,” she said. “They’ve literally changed my life.”

Her home, above all, means the breaking of a “generational curse” – although her grandmother owned her own home, her mother never did.

“My mom always instilled in me to be better than her. I’m making my mama proud,” she said.

And once homeownership is under her belt, Teneshia says she knows she can accomplish anything she sets out to do, with the right measure of determination, hard work, and divine intervention.

“The future is so bright because now I know that anything is possible,” she said.