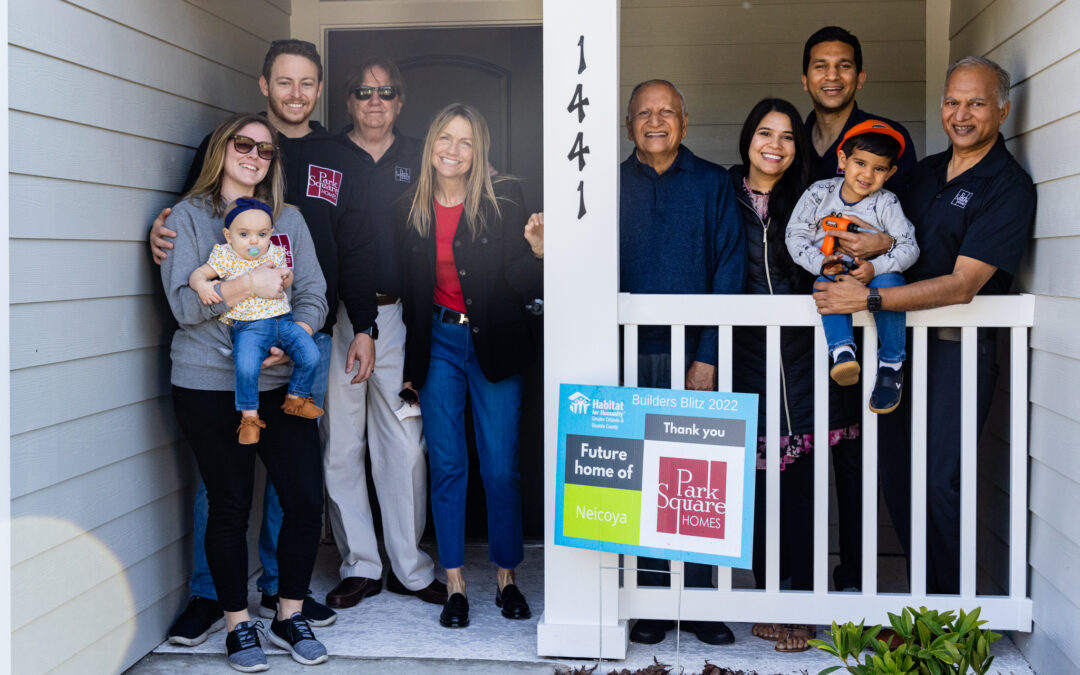 They have partnered with Habitat for Humanity Greater Orlando & Osceola County to build Fatima’s new home in just five days – a feat that Co-CEO Suresh Gupta previously thought was impossible.

Gupta had heard about Habitat for Humanity building a house in a week and wanted to see it for himself. After visiting a Habitat Orlando & Osceola Builders Blitz 10 years ago and seeing how local builders came together for fun and some healthy competition, he was ready to sign up.

“When I saw the difference it makes in people’s lives and how you as an individual and company can contribute back to your local community, I was sold,” he said. 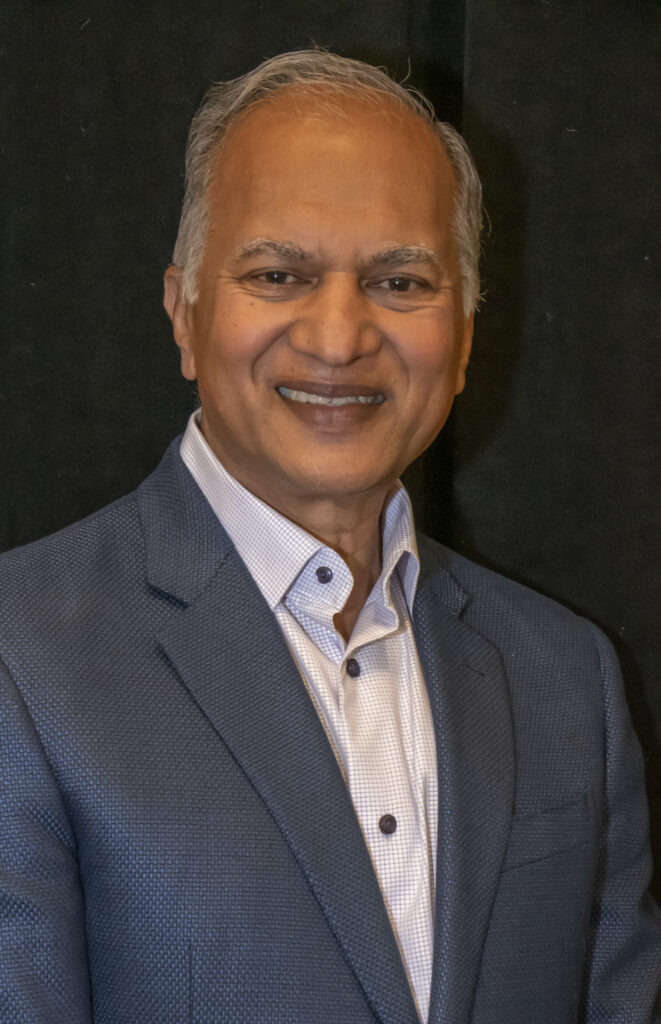 This is the ninth year that Park Square Homes will donate all the labor and materials to build a Habitat home in a week. That’s nine families since 2015 who have a safe and affordable home thanks to the family-owned builder. Gupta also served on Habitat Orlando & Osceola’s Board of Directors and served as Chair for several years.

“We’ve enjoyed every year doing it,” he said. “We’re really proud of what we’ve been able to accomplish.”

Not only is Gupta’s team all in on the project every year, but their subcontractors and vendors also donate their time and materials.

“They are very important,” he said. “They are very busy again this year yet they are willing to come forward and help us and Habitat for Humanity.”

This will be the fourth and final Blitz build in Habitat Orlando & Osceola’s Silver Pines Pointe community. The 58-home affordable housing development in Pine Hills is slated to be finished later this year.

This year’s event is called Park Square Blitz because Park Square Homes was the only builder who was able to commit to this year’s project. Gupta says they have a sense of duty to make it work despite their busy building schedule.

“It doesn’t matter what the economy is doing. We have a goal to house people and help others,” Gupta said. 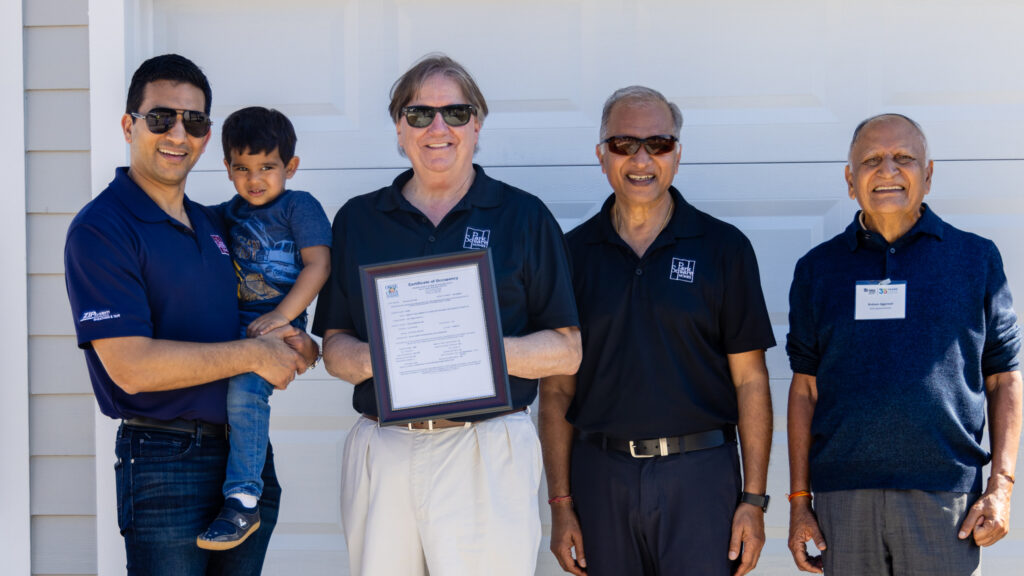 Gupta came to America from England 38 years ago after getting married.

“I didn’t know what I was going to do in America. I just had the ambition to do something,” he said.

His father-in-law, Braham Aggarwal, had a partnership in a hotel in Baton Rouge, Louisiana and he asked Gupta to manage it. He said yes, despite not knowing anything about the business, and learned as he went. In a few months, he decided to look for a hotel to buy in Orlando but couldn’t find anything.

“A friend said, how about starting a home building company?” he said.

They bought a piece of land. Gupta managed sales and accounting and his friend served as the general contractor. That was 1984. 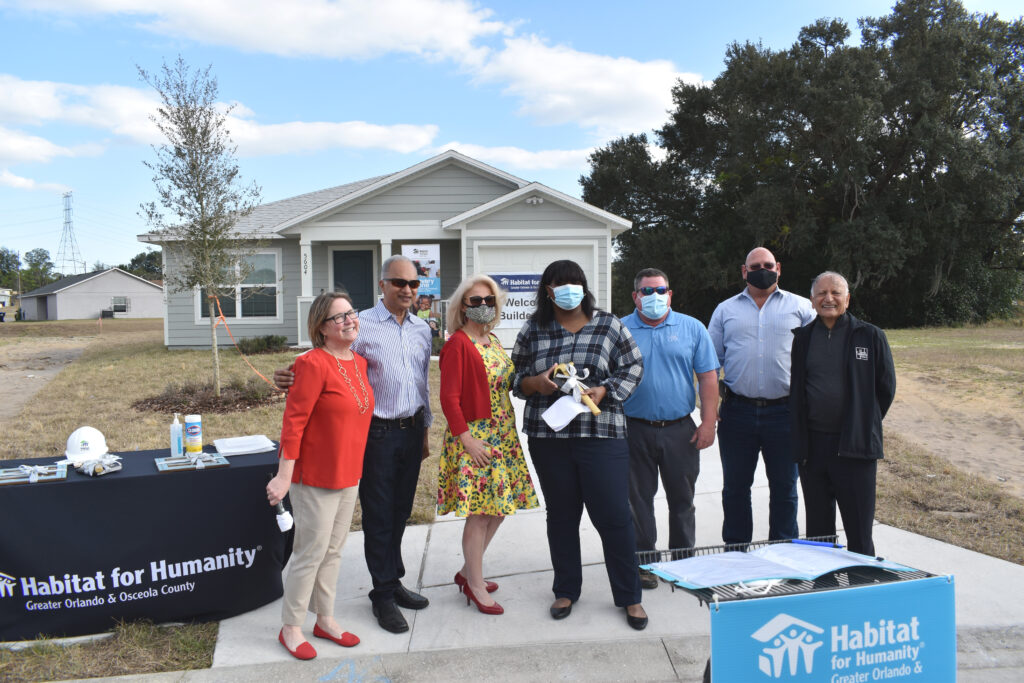 Park Square Homes is not just family-owned, many of Gupta’s family members are involved in the business

“My passion for family is very important,” Gupta said. “We bring that culture to the organization as well. We can wrap our arms around people here.”

Leading up to Blitz week and the week itself, Park Square Homes employees are excited and all pitching in. The team, as well as family members, attend the closing ceremony at the end of the build week.

“It brings us all together for that one week, even before that because they’re all planning,” he said.

And the homeowner they’re building the home for is welcomed as a part of that family as well.

Gupta encourages other builders to partner with Habitat Orlando & Osceola to give back to the community.

“It’s very rewarding,” he said. “The reward is in giving without expecting anything back.”